The Water Cure by Sophie MacIntosh

The Water Cure is a beautifully eerie book; a book that inspired a neglectful afternoon with my children so I could finish it. Sophie MacIntosh has crafted a gripping psychological thriller disguised as a mediation on technology, climate change, and #metoo. The core of The Water Cure is anti-exclusion and the realization that women left to their own devices can be viciously independent.

This post contains affiliate links. If you click on them and make a purchase, I get a tiny percentage at no cost to you. This is a great way to support the site. Thank you!

King, not content to manage his germ phobia with over-hand washing like the rest of us, packs up his pregnant wife and young daughter to leave the toxic “mainland.” They are soon a family of five, participating in strange (cult-y?) cleansing rituals and “therapy.” Grace, Lia, and Sky have never known anything other than strange love and affection hierarchies, muslin fabric, salt and…the water cure.

In the beginning, the damaged women came to the island too. There to cure themselves of the ills inflicted on them by men, the water cure being the most important one. They could heal there, with King and his family, if they were ready. All their lives, Grace, Lia and Sky were cautioned about the danger of men. The damaged women held up for proof of masculine madness. The sisters were taught that everything from the mainland was tainted. Only complete separation could be their safety, covered mouths and salt rings used if contact was inevitable. It was for the best that the women stopped coming.

The sisters were taught that their own feelings were dangerous. That they were weakening. If the girl’s couldn’t conquer their own internal battles, their crippling need for love, they were easy pickings for the literally toxic men of the mainland.

Of course such an idyllic paradise of salt baths and parental alienation would be visited by tragedy. King disappears and the women presume him dead. The women keep the rituals listlessly, maintain half-hearted cleanliness. Then men wash up on shore. Two adults and a child. And they’re alive.

How will the two groups react to each other? Not just as biological opposites, but as those from the mainland and those cut off from it? As the inevitable takes place between one of the interlopers and a sister, we watch as core beliefs, alliances, and mores are tested to their breaking point.

I shuddered my way through The Water Cure, no joke. Of course, the descriptions of the rituals, especially the drawing of “the irons,” were jarring. The casual mentions of physical abuse. But I’m not as interested in the obvious, and it seems MacIntosh isn’t either.

It was after the arrival of the men that shit got real. The sheer relatability of Lia’s reaction to Llew made me cringe so hard the neighbors could hear the wind sucking between my teeth. Here was a woman, raised practically alone on some godforsaken island, making the same desperate, dumb mistakes that we all make in our twenties. MacIntosh makes watching these mistakes and their consequences unfold in such a microcosm a rare and strange treat.

The men (and Grace) bring certain truths with them. Will the sisters survive all being laid bare?

Complete with some killer twists, I’m sure you’ll enjoy The Water Cure as much as I did.

What are some of your favorite psychological thrillers (books or movies, I love ’em all)? Let me know in the comments below. Share this article, show The Water Cure a little love. 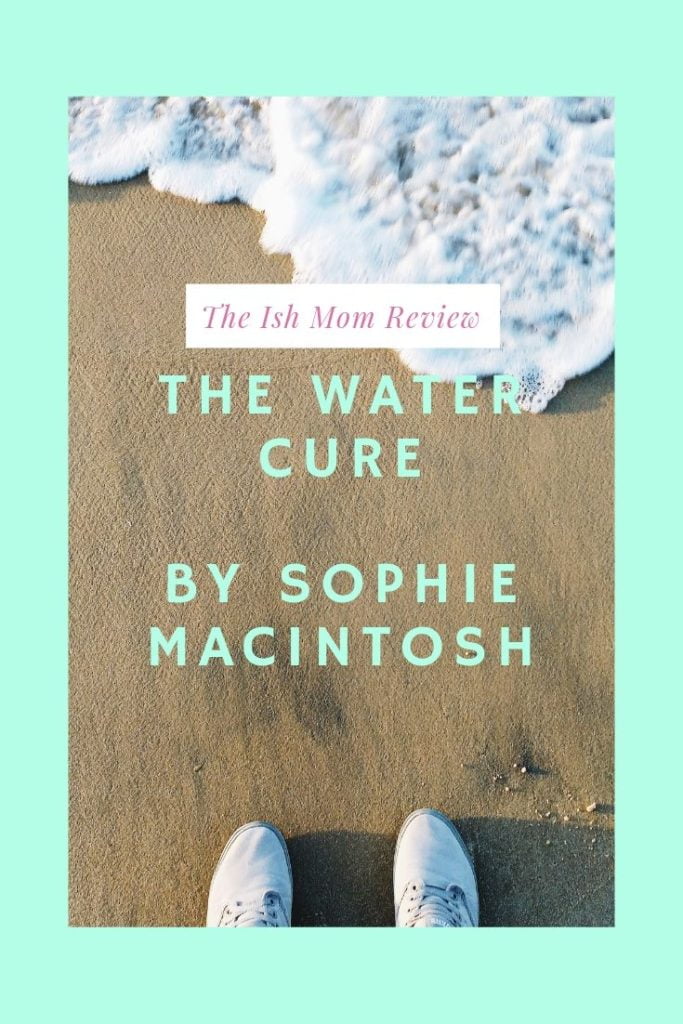 That Time I Was Nominated for the 2018 Liebster Award