Another day, another female dystopian novel. Christine Dalcher’s Vox, the newest in ranks, joins Future Home of The Living God by Louise Erdich (birth crisis), Sleeping Beauties by Owen and Stephen King (sleep crisis), The Power by Naomi Alderman (zappity crisis), and Red Clocks by Leni Zumas (abortion ban crisis) in an attempt to grab readers by the pussy and scream “Wake up!” Is Vox just another rabble in the rouse? Or is it deserving of attention in its own right?

Shut Up And Smile

Sonia also attends school, although she never wastes words discussing her days. At supper, between bites of a simple stew I made from memory, Patrick questions her about her progress in home economics, physical fitness, and a new course title Simple Accounting for Households. Is she obeying the teachers? Will she earn high marks this term? He knows exactly the type of questions to ask: close-ended, requiring only a nod or shake of the head.

Dalcher wants you to understand that Vox opens in the not-so-distant future. It is reiterated that the Pure Woman movement gains momentum after the term of the United States’ first black president. This program is championed by the evangelical sect now ruling the country, a sect that takes that “eye for an eye” shit reeeeeaaaaaaal serious.

The Pure Woman ideology values silence in the feminine set and soon pass laws that guarantee it. In the world of Vox women can no longer work, read, write, receive equal schooling or speak more than one hundred words a day. A mechanical bracelet counts the words women utter, shocking them with increasingly painful zings when one hundred words are reached and surpassed. Even non-verbal communication is discouraged (and then punished) by overwhelmingly prevalent surveillance cameras.

Dr. Jean McClellan was a successful cognitive linguist, secure in her privilege, living happily with her husband and four kids in Washington D.C. when the evangelical regime took over. Now she’s a silent, resentful housewife, worried sick about her daughter’s future. When government men in literal black suits show up at her door asking for her professional cooperation, Jean has the chance to barter the removal of her and her daughter’s bracelet. What will Dr. McClellan do with her new-found voice? 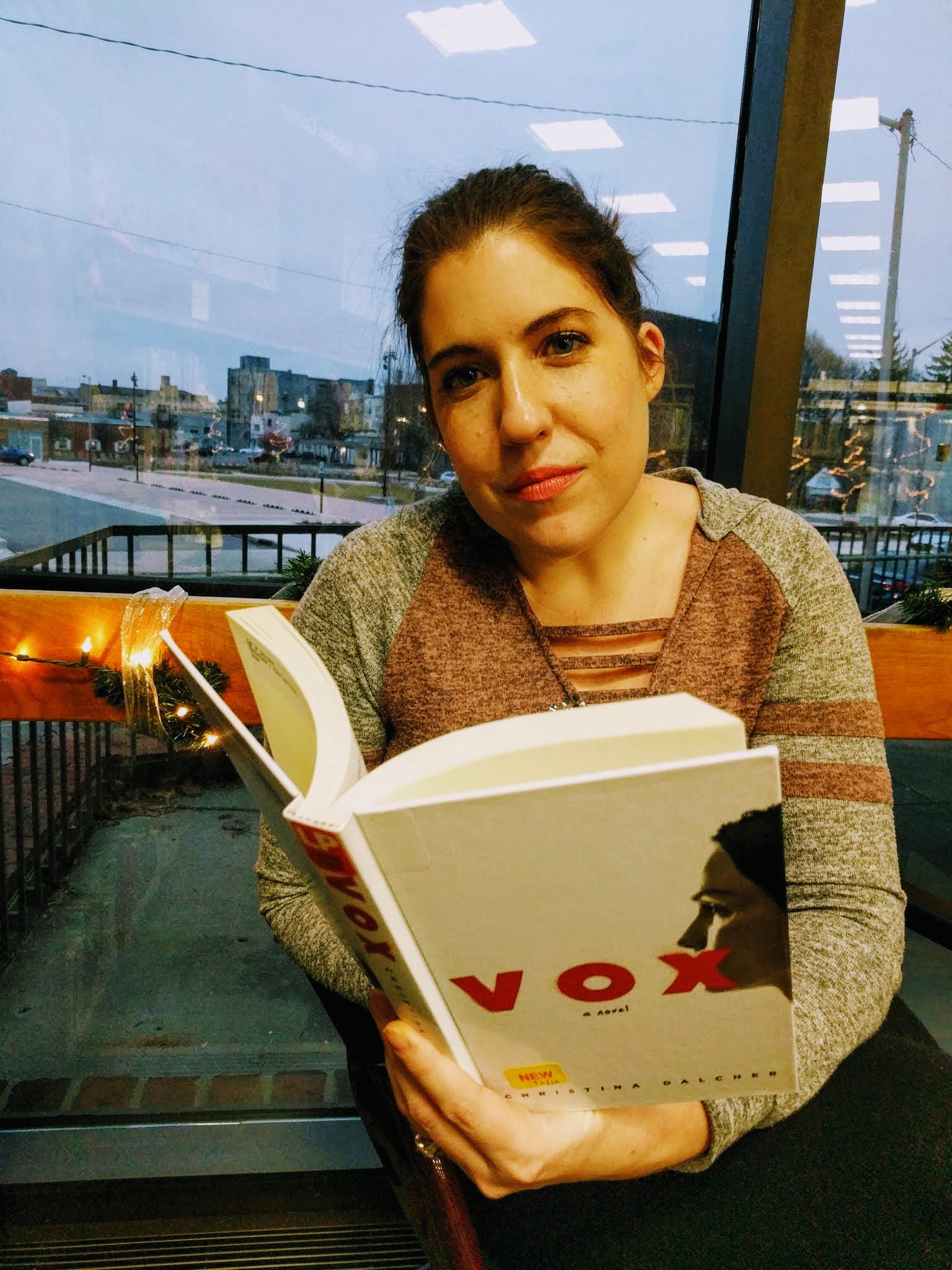 Christine Dalcher has an impressive resume: a doctor in theoretical linguistics and award winning flash fiction writer; she has taught at several universities in both subjects. Her background in short fiction is apparent. In other words: Voxs‘ set-up is more skillfully done than its’ execution.

The presupposition of this novel is a clever one. It’s satisfying to watch Dalcher tease out the small complications of totalitarian law and ponder their implications: how would you parcel your words if forced? How would the communication with your family suffer? What would that loneliness be like? What if someone rang your doorbell when you’ve run out of words? What if you talk in your sleep? How would that policy work in the school system? Dr. McClellan is a likable, well-done guide in these musings.

When Jean negotiates the removal of her bracelet-when things should get really good-Vox turns to shit. Suddenly everything is exposition-no explanation, no reactions, not even good dialogue-and all-too-conveniently wrapped up. By the end of the novel everyone can speak and everything is fine. No need to ask questions-it’s not as if Dr. Jean McClellan did.

Have you read any of the new female dystopian novels? What did you think? Let me know in the comments below. Share this article so people know you still like books.

7 Gifts for the Girly-Girl

Daisy Jones and The Six by Taylor Jenkins Reid: A Rock and Roll Love Story