Which One of You Forgot to Tell Me About Thom Jones?

Thom Jones is a recent discovery of mine. And I’m all sorts of irritated about the delay.

I was eight when Thom Jones rose to acclaim, what’s your excuse? Naw, I’m mostly joking. I’m just feeling salty because I’ve wasted so much of my life not reading him.

His descriptions of mental illness, desperation, blue collar employment, and overcoming (or not) are bittersweet. I would have found Sonny Liston Was A Friend Of Mine beautifully angsty at 19, all the better to speak of it pretentiously to anyone who would listen.

But, seriously, Jones should fill us all with hope. He was in his mid-forties before being published, and fawned over, by The New Yorker. He was working as a janitor. I’m not shaming those in the custodial arts, I’m just saying it’s a leap. Well-deserved, but a leap nonetheless. 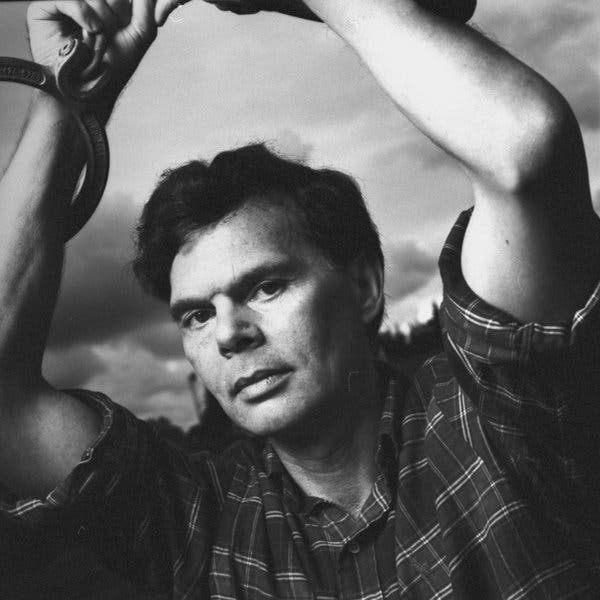 “And It’s Such a Relief to Not Be Thom Jones”

Thom wrote what he lived. Factory towns, Army boxing, mentally ill family members (and protagonists), popping pills, banging broads, manual labor, and in later stories, travelling the world. Everybody smokes a pack a day and knocks their kids around. His descriptions of army life and boxing are sharp enough to draw blood. Jones’ war scenes are absolutely searing. Thom’s Vietnam stories are no The Things They Carried: there is no time for introspection, too much bayonetting and animal torture going on for that.

Raymond Smith, the co-editor of The Ontario Review (and late husband of Joyce Carol Oates) refused to publish Jones’ The Pugilist At Rest, calling it “over-long and digressive.” Oates never let him forget when The New Yorker began featuring Jones instead, to critical acclaim.

And you know how The Ontario Review and The New Yorker read Thom Jones’ The Pugilist At Rest? Because he mailed the story to them. Unsolicited. With stamps. Can you imagine? Working your less than glorious 9-5, well into adulthood, recovering from a stint in Vietnam, depression, and a boxing injury that led to temporal lobe epilepsy, and just sending your work to some of the most prominent publications of your time? And then they love it and publish it? Balls, man. He had balls.

I dunno, Thom. You seem like a brave person to be.

It was this book that turned me on to Jones. Subtitled New and Selected Stories, I’m sad to report that his stories were compiled after his death at 71 in 2016. I DIDN’T EVEN KNOW.

I loved Night Train. The earlier stories are aggressively gifted. Thom has truths to tell and they are ugly. He will only lightly soften the delivery with skillful literary devices. I Want To Live! (chosen by Updike for The Best American Short Stories of the Century) frightened me with the characters’ honest desperation to hold on to a less-than-satisfying existence.  Superman, My Son has one of the most honest portrayals of living with mental illness I’ve ever read.

Jones seems more comfortable with his genius in the new stories of Night Train; thoroughly lauded by the literati and steeped in screenwriting. In A Merry Little Christmas, the outrageous actions of the plot are surmised from the brutally witty email responses from a rakish writer to his jilted lover. Bomb Shelter Noel is told through the voice of a teenage survivalist, living in a compound with her (inappropriately?) older betrothed, suffering the effects of kidney disease. These stories are miles away from the Vietnamese jungle, yet with their themes of physical illness and love gone wrong, remain close to home.

Thom’s life reminds me that it is never too late or too hard. Hearing “no” is never as scary as we imagine. I too can have the cojones to send my work off without being asked. Thom’s work reminds me that life is fierce, and short; made sweeter by brevity.

I’d like to leave you with a quote from Jones that resonated with me:

Never had a job I liked, but there were books and writers that essentially saved my life, kept me going.

Do you feel inspired by Thom Jones? Share this article, spread it around! What writers (or other artists) do you wish you knew about earlier in your life? Let me know in the comments below!