Excuse Me, Mr. Murakami? I Have A Few Questions About Killing Commendatore

How are you doing, Mr. Murakami? I finished Killing Commendatore last week. It’s classic you: narrated by a milquetoast,  jazz-loving, Everyman who just happens to fall in with some weird stuff. References to music, art, and breasts abound.

They sold you short, Haruki. Let’s break it down.

A Labor of Love

You’ve spent the last decade translating The Great Gatsby into Japanese. What an undertaking! You must love F. Scott Fitzgerald the way I love Joyce Carol Oates. I read in an interview that you found him at 17 and fell head over heels.

I can see parallels to F. Scott in your works. Both of you, literary technique pioneers: Fitzgerald at mixing the Beautiful and the Damned (see what I did there?), the “socialite and the jailbird;” you at creating an intoxicating brew of pathos and mundanity, ordinary and allegorical.

Love is a central theme of both your writings. Having the good fortune to be more prolific you’ve covered all shades of amorousness in your books: young, ending, familial, brotherly, enduring.

While Fitzgerald can turn the fondest gesture wry and dark, you get wonderfully, characteristically weird with it. (What’s with all the … astral pregnancies?)

You and Fitzgerald edit differently as well. I understand that a large part has to do with translation issues and cultural differences. Japanese literature has a long tradition of flowery prose. You’re no Ōe.

But you’re no Fitzgerald either. The Great Gatsby was edited down to 180 pages; it’s not unusual for you to produce 500. While it physically pained Fitzgerald to whittle his text, by God, he did it (gin helped).

Only for your translation of Gatsby have you been a razor-sharp editor, stating in “As Translator, As Novelist:”

I strove to eliminate anything that was the slightest bit obscure or that might leave the reader feeling as if they had somehow missed something.

I imagine that was difficult for you. 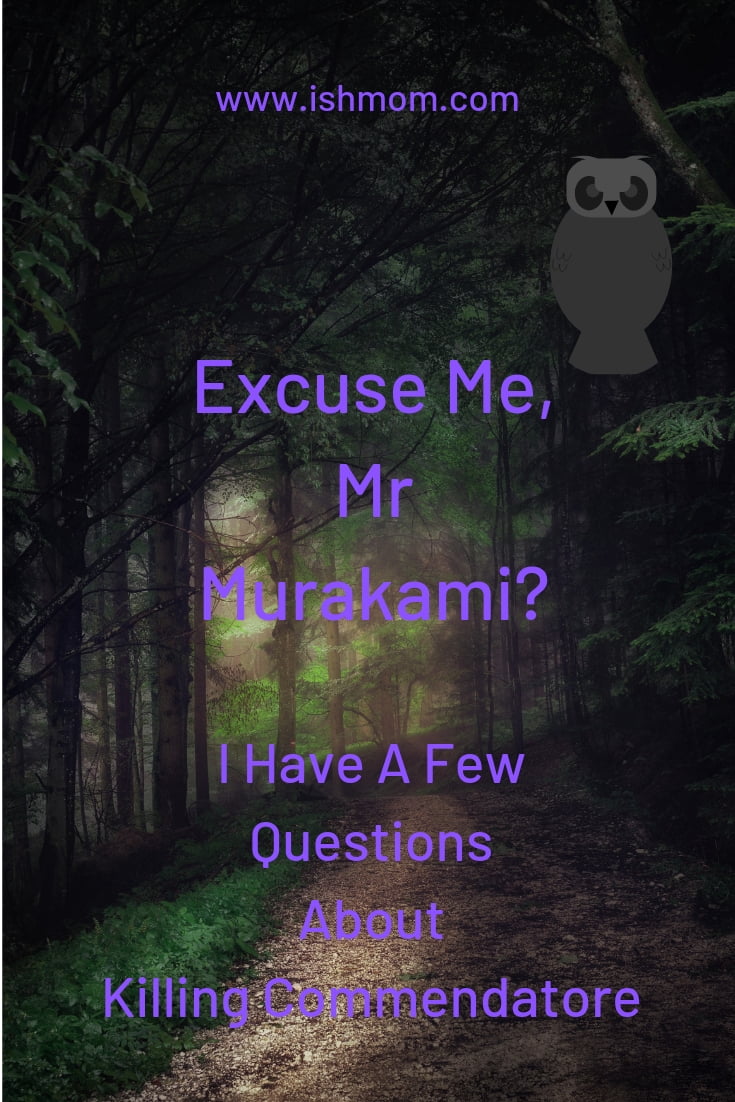 Is Killing Comendatore A Literary Fixer-Upper?

The origins of the word homage are rooted in the feudal relationship between vassal and lord, a public acknowledgment of the fealty the lord was due. What a service you’ve paid Fitzgerald, Mr. Murakami. True service, heavy in the palm, primary colors prominent on shelves. But I think you’ve gone beyond service and into fixing.

I do not say “fixing” as if to imply something is wrong with The Great Gatsby, only, I think you did what he couldn’t. Having the privilege of age and acclaim, you can publish an 800 page “nonsensical” book. Where it pained Fitzgerald to edit, you didn’t. Where he picked each word to convey an atmosphere, you detonated paragraphs.

In Killing Commendatore you’ve fixed their lives. I think this was done for personal reasons. You’ve picked apart Gatsby so many times you’ve fallen in love with Nick, Daisy, Jordan, even Owl-Eyes, and especially Gatsby. If Gatsby memorabilia exists I dare say you have an expensive curio cabinet filled with it.

No human dies during the real-time plot of your tome. In Killing Commendatore everyone ends the book happier and as alive as when it began. No vehicular manslaughter. No bullets to the face. No disillusioned return to the Midwest.

Who’s Who: Gatsby Vs. Killing Commendatore

The Artist, being the narrator, is Nick. Menshiki, buying a house on a mountain across from Mariye Akikawa, is obviously Gatsby; making Mariye Daisy. I tenuously assume that The Artist’s Wife is Jordan, both have a history of cheating.

Is the Faceless Man Tom? Perhaps Tom is the dark side of Menshiki? Is Mariye Akikawa’s mother Myrtle? She also dies, though before the book begins. Or perhaps Tomohiko Amada’s lover from long ago is Myrtle? Who is Amada supposed to be anyway? Is the Commendatore Owl Eyes?

I may be completely off the mark, attempting to match all of The Great Gatsby‘s characters with those in Killing Commendatore.

It’s only…I have this nagging suspicion that you have been more purposeful than any of us realize.

You injected Killing Commendatore with your signature surrealism but not as haphazardly as the critics are saying. You are accused of throwing allusions around, scolded to show more restraint.

When The Artist descended the trap door into what I thought was The Underworld, I rolled my eyes. “Oh, so now he throws in some Odysseus?” I fumed.

But it’s not The Underworld, it’s the “valley of ashes” featured in The Great Gatsby. Both gray wastelands containing a small, putrid river; Gatsby‘s covered in ash, yours in mist.

These landmarks serve as connections between worlds: Gatsby‘s between New York City and West Egg, yours between “presence and abscence,” governed by the “principle of connectivity.” Both scenes to terror: Gatsby‘s hit-and-run, your Artist almost getting stuck in a cave.

Gatsby‘s valley of ashes doesn’t have a forest, but you just couldn’t help yourself, could you?

Was this section and the trials The Artist entails part of “fixing” The Great Gatsby? Is it because The Artist undertakes, endures, and triumphs that most characters live happily ever after?

I stumbled across a biting, guffaw-inducing 1925 review of The Great Gatsby by H.L. Mencken. His condemnation of Gatsby was severe:

The principal personage is a bounder typical of these parts-a fellow who seems to know everyone yet remains unknown to all-a young man with a great deal of mysterious money, the tastes of a movie actor, and, under it all, the simple sentimentality of a somewhat schlerotic fat woman.

Mencken alleged that The Great Gatsby was “simply a story.” He accused Fitzgerald of using no literary techniques,  employing no characterization. Mencken considered the plot of The Great Gatsby barely acceptable for a boozy anecdote spun at the local jazz joint, let alone a novel.

Similar criticisms have been lobbed at Killing Commendatore. Of a different form of laziness, I suppose: contemporary critics posit that your book has “too many loose ends,” “flat, unrealized” characters, and plot holes. If spices are references and your novel is a soup, critics consider it too flavorful.

They don’t realize that there aren’t as many references as they think there are. There is, mostly, Gatsby.

I want to know if you did that on purpose. In rewriting your version of The Great Gatsby did you wish to get a similar reception? Or was it an unconscious doing, borne of years of emulating Fitzgerald? 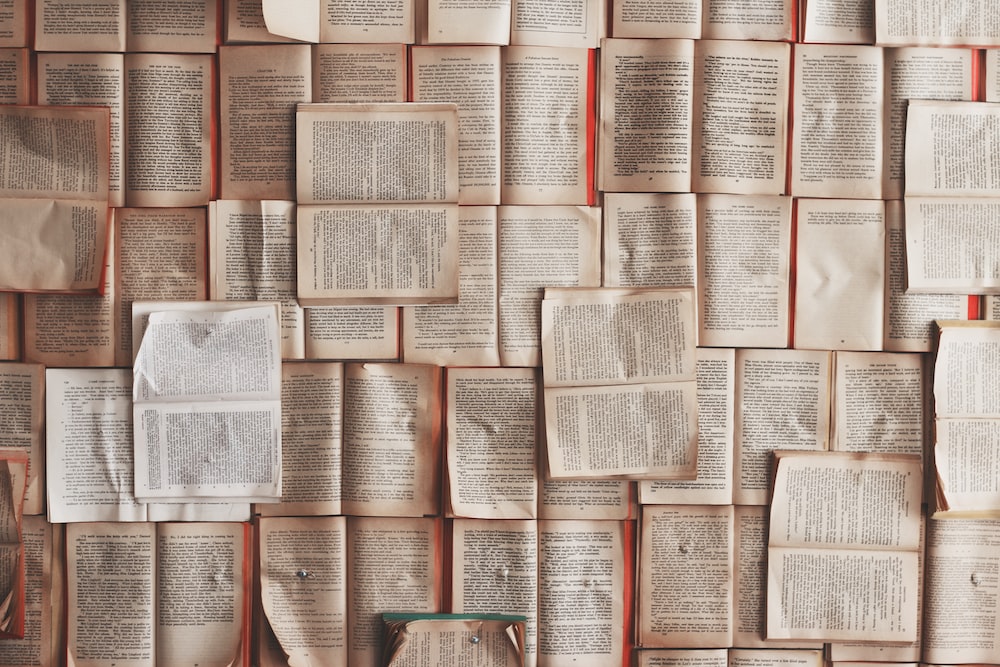 Metaphors, Concepts, and Ideas, Oh My!

The strangest portions of Killing Commendatore concerned the Metaphors, Concepts, Double Metaphors, Ideas, “Path of Metaphors” and the forms they took. These scenes were the most “you” (as apposed to Fitzgerald/Gatsby) and the least appreciated by critics.

Which may be funny, as are you writing about your struggles pleasing them? Critics? Readers? You describe Double Metaphors as awful, slimy things, eager to overtake your protagonist.

I could not find any definitions for “double metaphors,” only “complex metaphors.” Regarding these metaphors, Changingminds.org warns: “the trick is to keep the reader with you as overcomplexification can just lead to confusion.”

You have been charged with overcomplexification-too many metaphors, too many references, too many story lines.

Are you describing your writing process in these scenes? Summoning and then being bothered by ideas? Aided by concepts? Shown paths by metaphors? Fighting the urge to succumb completely to complex metaphors?

I’ve encountered quotes in which you state that you don’t read your reviews, though your wife reads you the bad ones. This is neither bad nor a review and I am barely worth your time, nevertheless, I would be honored if you entertained my questions.

I’m going to try to find a way to get this to you. As with most things I do, I’m not sure if that’s charmingly ballsy or a gross breach of propriety. Please accept my sincerest apologies if it is a breach, sir.

Mini Resolution May Part 1: An Introduction to a Mid-year Health Tune-up

Must I Go by Yiyun Li