I am a woefully bad at art. I’ve never been good at painting or drawing. I can’t even use scissors well (I blame being left-handed). I love doing Dollar Tree crafts, but that’s just hot gluing cheap pieces of plastic to other cheap pieces of plastic. As I scroll Pinterest, I imagine all the things I could beautifully sew, arrange and cover with buttercream. Then I stumbled across Debbie Chapman’s Low Mess Crafts For Kids at the library. This is shit I can do! Ok, there’s a lot of cutting. It’s primarily paper crafts, hence the no-mess. Josh may have helped. But, still! I bet you are much better with scissors and could knock this out of the park.

Chapman divides the book into sections like “Animals At The Zoo,” “On The Road,” “Exploring Outer Space,” “Fairy Tale Dress Up,” and “Little Monsters Puppet Show.” The materials and tools needed are plainly listed. Many of these projects use recycled materials around the house. Supplies that do need to be bought can be used for multiple projects. The instructions are straightforward with accompanying pictures synced accordingly. Chapman’s tone is friendly and encouraging. The activities in Low Mess Crafts For Kids foster imaginative and interactive play. These benefits are top of my mind with Big A’s recent autism diagnosis.

I made four projects from her book: poster board road track, paper roll cars, magic potion bottle, and pom pom hand puppets. I picked these due to the availability of materials around my house, the ease of the project, and what I thought the boys would especially like.

Stimming In Cars With Boys

Both boys loved the magic potion bottles (Big A was especially soothed by the movement of the glitter through the solution). Little A relished the interaction of the pom pom hand puppets. I wanted to make the poster board roads and the paper roll cars because cars and wheels are one of Big A’s fixations. At nine months old, he would lay on his stomach on our hardwood dining room floor rolling cars back and forth half an inch from his face. He’d push with an extended index finger, hand above the car, so as not to block any view of the rolling wheels. He was much slower than other children to climb atop a ride-on car, he only wanted to lay on his stomach and push it back and forth.

When his speech therapist witnessed this she said Big A stimming, not playing. By his age, most children would play with the cars by parking them, making car noises, putting toys inside them, you get the picture. At least more than just rolling them repetitively. Big A is soothing the chaos in his brain by watching the wheels on his cars turn. Josh and I have to teach Big A how to play with his cars, especially how to play with them in a way that also invites interactions. We’ve been crashing the cars while excitedly yelling “boom,” hauling Lego figurines around the couch, and making the cars hop (chanting “hop!”). A lure of the paper tube cars in Chapman’s book is that the wheels don’t turn like Big A’s toy cars. Big A would be forced to play rather than stim. With us! On the poster board roads! Bwahahahahaha!!!!

Big A caught on and was pissed. He did like lining the paper tube cars up, saying “choo choo” and signing “train.” He pushed his cars with turning wheels on the paper board roads. Eventually the wheels of the paper tubes cars were more closely examined and thrown in frustration. We’ll keep trying. This is 75% of the battle when dealing with any toddler, autistic or not. I hope to deepen the furrows in the field of Big A’s brain, until playing with cars becomes simply a habit. The poster board roads makes a cheap option for realistic play, not enough investment to matter if Big A kicks it to shreds.

Check Out One Little Project!

I highly recommend Debbie Chapman’s Low Mess Crafts For Kids. Her website, One Little Project, is an amazing resource too. When the boys are older, I can’t wait to dive into the different themes and create the entire playscapes. If you have older kids you’ll really enjoy getting them involved in the making of these projects. Then you’ll have someone else to do all the cutting.

Are you good at art? What are some of your favorite crafts to do (with or without the kids)? How much do you freak out about the overall messiness of it all? Do you like to free hand it or do you need instructions? Let me know in the comments below. Share this article so you don’t forget the name of this book!

Megan writes everything on Ish Mom. She possesses a bachelor's degree in psychology, a flair for theatrics, and a whole lotta nerve. She lives in the Midwest (and loves it) with her wonderful husband and three young boys.

What is Slow Parenting? Parenting with Simplicity 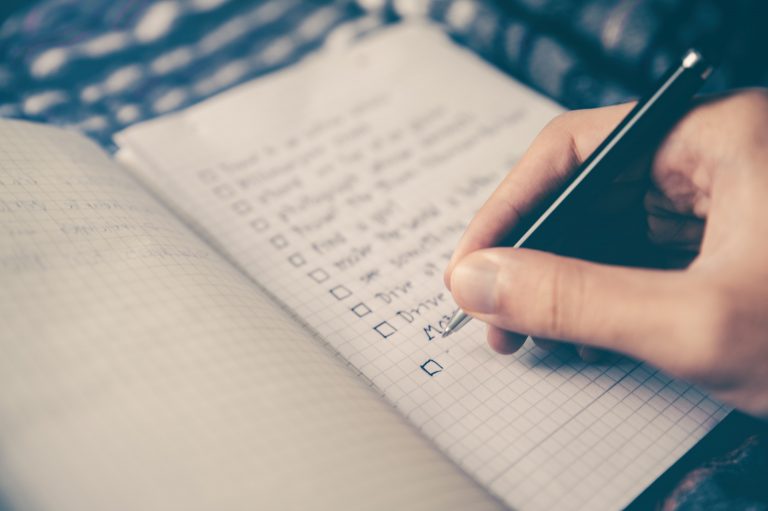 The Best and Worst Parenting Styles

Complete Guide to Parenting Styles for Every Family

How to Use Black Liquid Eyeliner and Red Liquid Lipstick